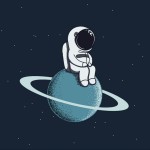 Actor Simu Liu got the role of the first Asian superhero in the Marvel universe, and after that criticism from users of social networks from China. Residents of the celebrity’s home country believe that the man is not attractive enough. The last straw for the star was a blogger review END_OF_DOCUMENT_TOKEN_TO_BE_REPLACED

Twitter is experiencing a growth phase and the strongest cash flows in its history. The opportunities for monetization of the social network are growing, while the digital advertising market is showing annual growth of about 20%, despite the economic and trade crises. However, Twitter shares are almost 20% lower than a year ago. Over the past month, amid a wide decline in technology sector stocks, Twitter stocks have also fallen. However, any decline for Twitter stocks should be considered only as a good time to buy. CEO Jack Dorsey said in May that he plans to build on Twitter’s success in attracting users to their accounts of interest. The company is changing its key metric from counting monthly active users to daily active users. Dorsey believes that the key difference between Twitter and other social networks. Networking is that its audience is turned on and receptive, and not just passively consuming news and media messages. Loading… END_OF_DOCUMENT_TOKEN_TO_BE_REPLACED

The American company Uber, until recently, was the most expensive startup in history. The valuation exceeded a whopping $ 76 billion. And at the end of 2018, when the IPO was in full swing, the potential value of the company appeared on the network with an initial public offering of END_OF_DOCUMENT_TOKEN_TO_BE_REPLACED

A group of at least ten blue helmets from Canada arrived at the UN base in Mali on Sunday. Peacekeepers arrived in the city of Gao in the north of the country. This group will prepare the conditions for the arrival of the rest of the contingent, which is expected END_OF_DOCUMENT_TOKEN_TO_BE_REPLACED

The famous American astronaut filed a lawsuit against his two children and a former manager, reports the BBC. As follows from the lawsuit, Aldrin accuses the children of stealing part of his money and defaming his reputation. Also, the 88-year-old astronaut claims that his children Andrew and Janice Aldrin forbid him to marry. He filed a lawsuit after his children went to court asking them to transfer control over his means to them. They ask to appoint their father’s guardians, as he has confusion and memory lapses. An interview with Aldrin was published in the Wall Street Journal last week, in which he, in particular, stated: “No one can even think that I need a guardian.” His lawsuit notes that his children took control of his funds, including his collection of space-related artifacts, which could cost millions. Loading… His children insist that Aldrin began to “spend money at an alarming rate.” The astronaut himself emphasizes that children are trying to convince others that he suffers from Alzheimer’s disease and dementia. END_OF_DOCUMENT_TOKEN_TO_BE_REPLACED

The President of the Republic of Macedonia, Görge Ivanov, again refused to sign the law on changing the state name and refuted the statements made earlier by the Prime Minister of the country Zoran Zaev about his readiness to take such a step. A message about this was published on END_OF_DOCUMENT_TOKEN_TO_BE_REPLACED

Russian President Vladimir Putin said that, according to information available to him, the allies of the United States of America do not support military intervention in the affairs of Venezuela. “Military intervention is generally a disaster. As far as I know, according to my information, even the allies of the END_OF_DOCUMENT_TOKEN_TO_BE_REPLACED

Who said: “The future does not belong to globalists. The future belongs to patriots”? And further: “Like my beloved country, every nation represented in this hall has its respected history, culture, and heritage, which are worth being protected and admired by them, and which give us our unique potential and END_OF_DOCUMENT_TOKEN_TO_BE_REPLACED

US President Donald Trump intends to sign a bipartisan agreement to build a wall on the border with Mexico in order to avoid the second shutdown – the closure of the federal government, the American television channel CNN reports referring to two unnamed sources who communicated with Trump. Trump said END_OF_DOCUMENT_TOKEN_TO_BE_REPLACED

Mexican drug lord Joaquin Guzman, also known as El Chapo (Shorty), was sentenced on July 17 by a New York judge to life imprisonment with an additional 30 years in prison. Previously captured drug dealer managed to escape from Mexican prisons twice. This time, he is unlikely to be able END_OF_DOCUMENT_TOKEN_TO_BE_REPLACED